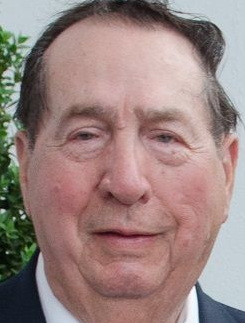 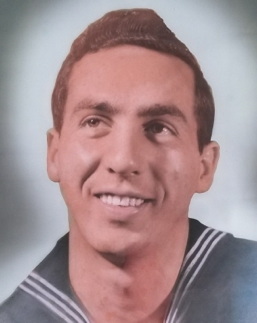 Herbert Patullo (March 4, 1929 - August 15, 2020)
Herb passed away at the age of 91 on Saturday, August 15.
He was in declining health recently and did not host his usual 4th of July gathering this year.
Herbert Patullo - Obituary
Herbert Patullo Obituary - Visitation & Funeral Information


Herb Patullo was a local businessman and leader in local cultural organizations. Activities include the Washington Campground Association leadership, the Somerset County Cultural and Heritage Advisory Committee, the American Legion and Chamber of Commerce.
Herb was born in Bound Brook and lived his entire life in the Bound Brook area.

He served in the Navy from 1948 to 1952 on the USS Ware, a destroyer.
He ran Patullo's Restaurant on Vosseller Ave (Now Venue 518) known for it's greenhouse, for decades.
It started as a tavern at the site of his parent's grocery store. He was legendary for serving the coldest beer and juiciest hamburger, appropriately called the "Herbie Burger"

Patullo retired from the restaurant in 2000 but wanted to return to the business by opening a small restaurant, "Herbies," on Talmage Avenue just a few doors away from the Westbrook Bar and Restaurant.

Herb was one of the originators of the John Basilone parade held each September in Raritan and was Grand Marshal in 2017.
He was awarded the Martinsville AmVet award in 1987, Citizen of the Year by the Bound Brook Elks in 2005 and in 2008 was the recipient of the prestigious Chapel of Four Chaplains Legion of Honor award.

He lived off of Miller Lane in Martinsville, where he has a small museum with Revolutionary War memorabilia, called the Eagles Nest.
It is in the area on the first range of the Watchung Mountains referred to as Middlebrook Heights. He was an astute local historian with a prolific knowledge of the history of the Bound Brook area and the Middlebrook Encampment. As a child, his father instilled in him an awareness that their town and the heights above it provided the setting for many critical events during the American Revolution. This awareness led to his lifelong interest and efforts to preserve the historic encampment site from desecration by commercial and residential development.

In the early 1970s the property around his home today was offered for sale and was occupied by a single dilapidated building that housed a county home for the indigent. Herb Patullo became worried that encroaching commercial and residential development would soon envelop the historic place. When the county home was closed in 1974, he purchased the building and the three-acre lot on which it stood. Later, in 1988, he acquired the entire 40 acres along the ridge between Chimney Rock Road and Vosselor Avenue. This large swath covered the entire hilltop of the Revolutionary War campsite. He built his home on the site 12 years later and eventually sold most of the property back to Somerset County. The county added the historic land to the adjoining Washington Valley Park in 1994.

The Eagle's Nest Museum housed a modest eclectic collection of historic memorabilia as well as items from Patullo's personal life as a Machinists Mate in the US Navy during the Korean War. Two original paintings, by local artist Victor Temporra, are on display, which portrays scenes of the camp during the time it was occupied by Washington's Army. Many of the details depicted in the paintings were provided by Patullo.
The area by the museum and his house held an enthralling view of the valley below.
When I led hikes in Washington Valley Park for the Sierra Club, we'd stop by Herb's and he would give us a tour of the museum and his place. We'd sometimes spend up to an hour as he talked about everything from his service in the Navy to local history. 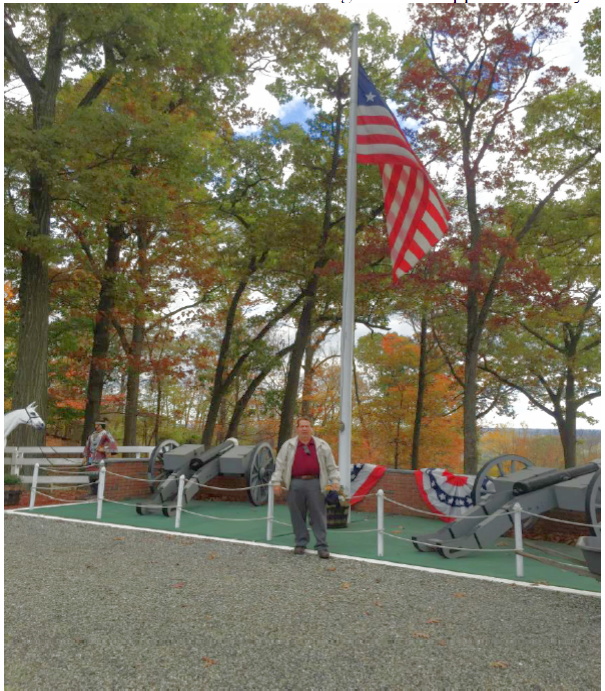 Herb Patullo at the Eagles Nest - Photo by Robert A. Mayers, 2017 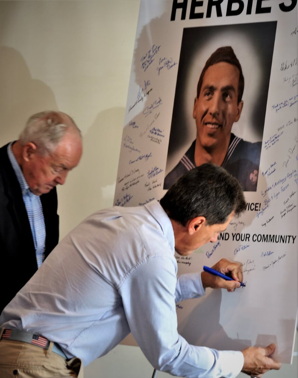 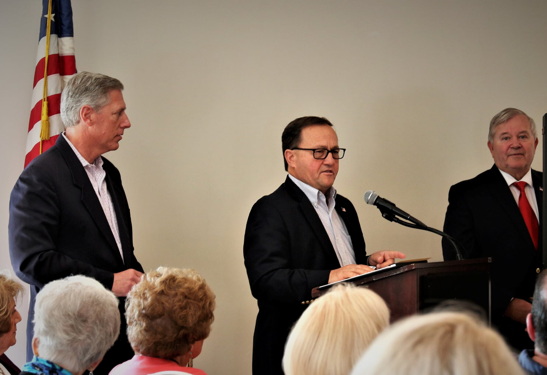 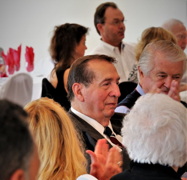 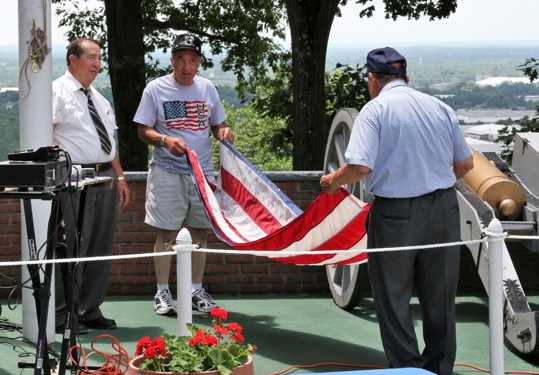 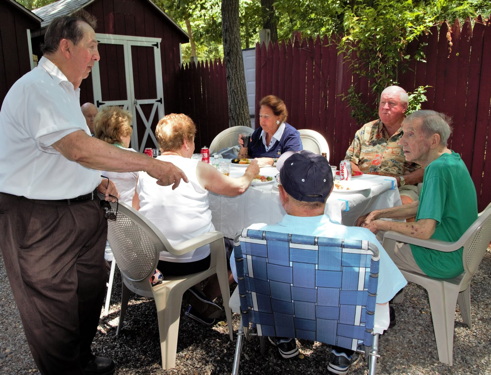 
Finding the Eagle's Perch | www.GardenStateLegacy.com, by historian Robert A. Mayer's, which describes the period during the American Revolution when Washingtons Army was camped at Middlebrook Heights.
In it he describes a meeting with Herb while doing research for his book "The Forgotten American Revolution in New Jersey", 2018, which includes a section on the history of the area around Middlebrook Heights.
See review at "NJ.com"